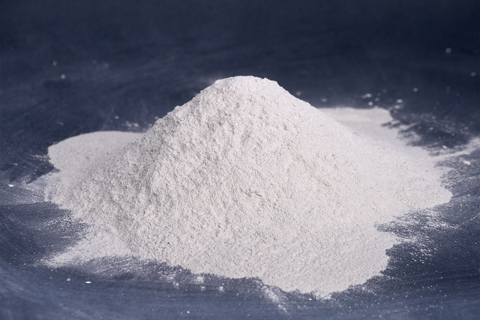 Calcium carbonate is a chemical compound with the formula CaCO3. It is formed by three main elements: carbon, oxygen and calcium. It is a common substance found in rocks in all parts of the world (most notably as limestone), and is the main component of shells of marine organisms, snails, coal balls, pearls, and eggshells. Calcium carbonate is the active ingredient in agricultural lime, and is created when calcium ions in hard water react with carbonate ions creating lime scale. It is commonly used medicinally as a calcium supplement or as an antacid, but excessive consumption can be hazardous.
In the oil industry, calcium carbonate is added to drilling fluids as a formation-bridging and filter cake-sealing agent; it is also a weighting material which increases the density of drilling fluids control the downhole pressure and to prevent pollution. It is also used as a popular filler in plastic and PVC cables and as an extender in paints. Micronized Calcium Carbonate is the most utilized filler in the world today. It has been presented in different forms and types to suit every needs of each industry. It is commonly used for Paper, Paint, Rubber, Plastic, Adhesive, Detergent, Toothpaste and Ceramic Industries. Calcium carbonate has many natural uses as well as commercial ones. A commercial use of calcium carbonate is its use in antacids, as filler in the paper industry, used in decorating and construction as well as its heated form, marble. Moreover, Calcium Carbonate is found in many grocery store products such as backing powder, dry-mix dessert mixes, dough, plastic, etc.
Another application of calcium carbonate is in the construction industry, either as a building material or limestone aggregate for road building or as an ingredient of cement or as the starting material for the preparation of builder's lime by burning in a kiln.  Calcium carbonate has traditionally been a major component of blackboard chalk. However, modern manufactured chalk is mostly gypsum, hydrated calcium sulfate.
Ceramic tile adhesives typically contain 70 to 80% limestone. Decorating crack fillers contain similar levels of marble or dolomite. It is also mixed with putty in setting stained glass windows, and as a resist to prevent glass from sticking to kiln shelves when firing glazes and paints at high temperature in ceramics/glazing applications, calcium carbonate is known as whiting, and is a common ingredient for many glazes in its white powdered form.  Ground calcium carbonate is an abrasive (both as scouring powder and as an ingredient of household scouring creams), in particular in its calcite form, which has the relatively low hardness level of 3 on the Mohs scale of mineral hardness, and will therefore not scratch glass and most other ceramics, enamel, bronze, iron, and steel, and have a moderate effect on softer metals like aluminum and copper.
We annually produce 12000 Tons of high quality Calcium Carbonate as per International Standards.